The highly-anticipated World Premiere of Dubai’s spectacular new permanent show, La Perle by Dragone, officially took place on Wednesday, September 13th. It was a full house with 1,300
international and regional VIP guests. They all gathered in the new state-of-the-art aqua theatre at Al Habtoor City to celebrate this milestone occasion.

Hence, the unique show, which combines world-class talent with the most technically-advanced theatre production, defines a new era in global live entertainment. 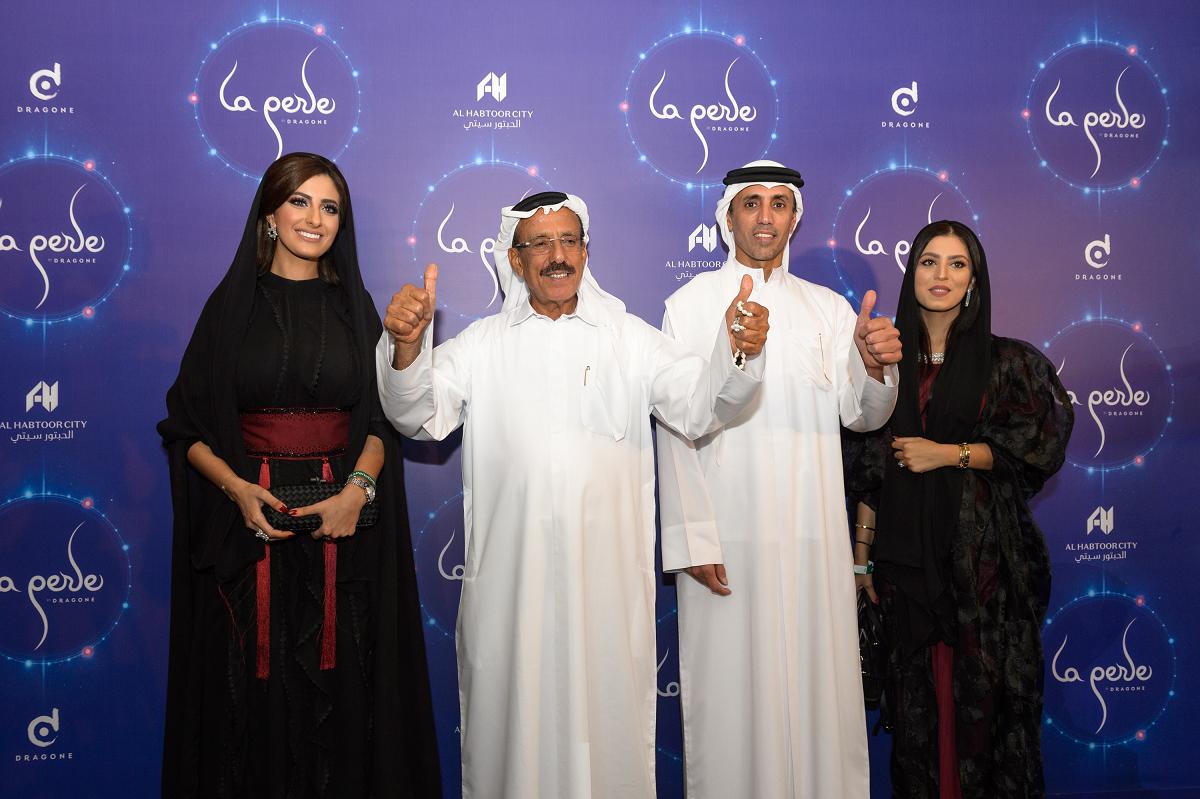 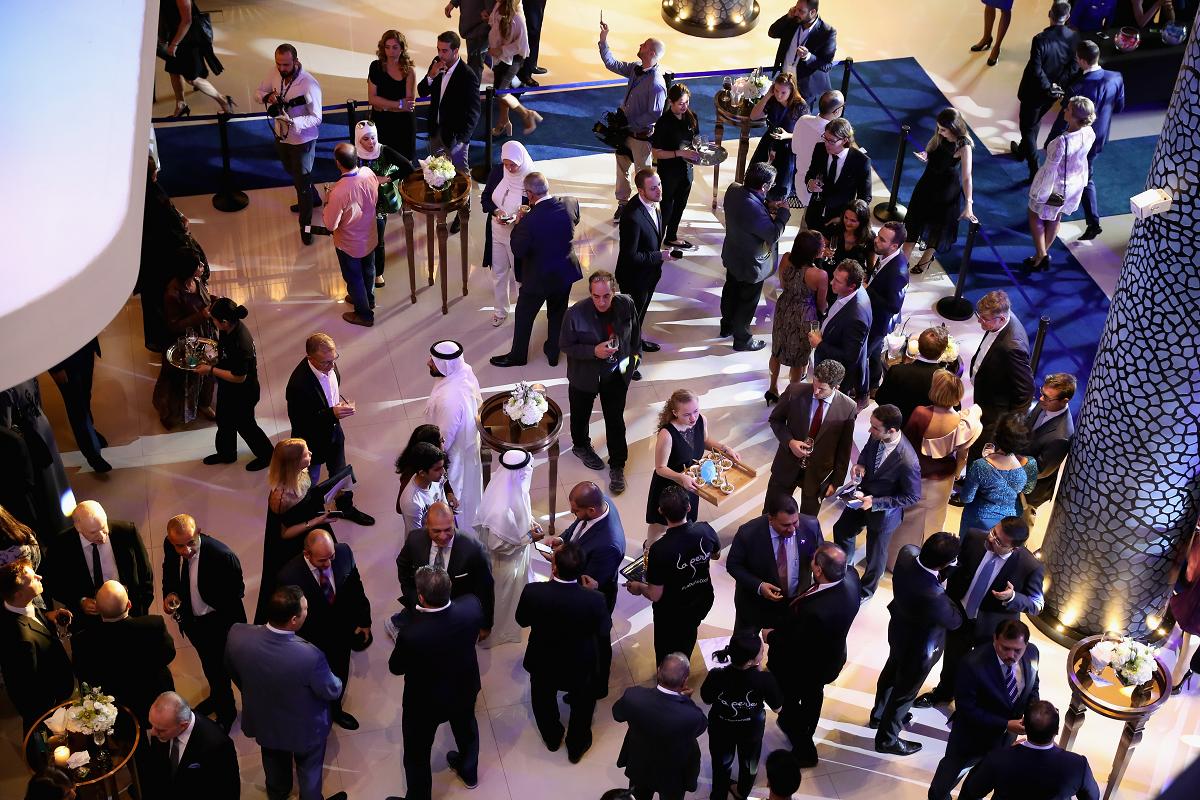 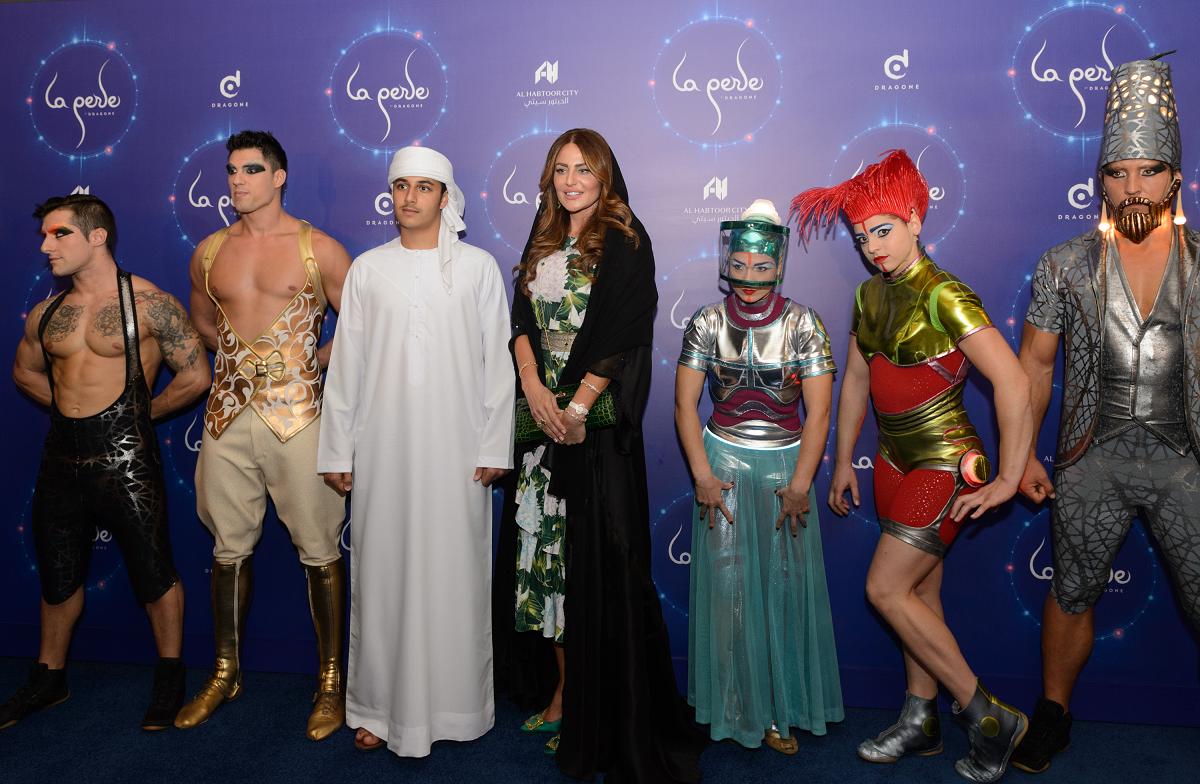 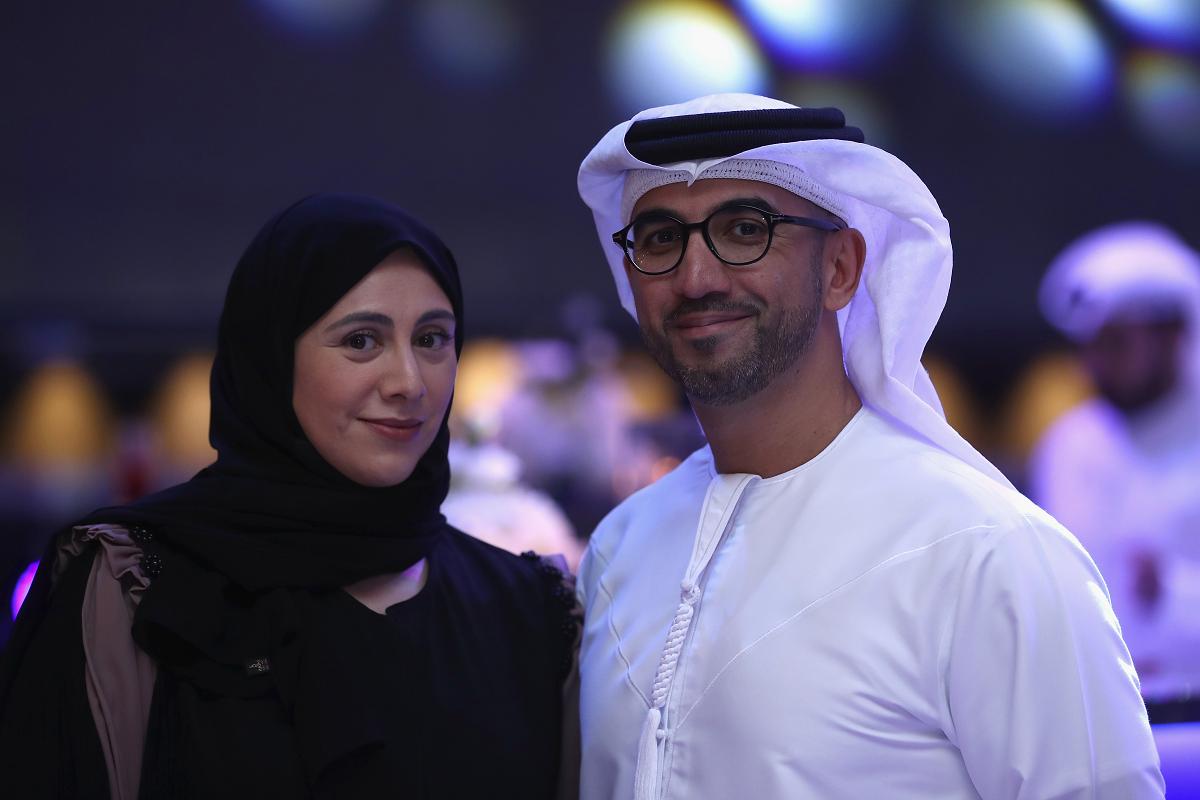 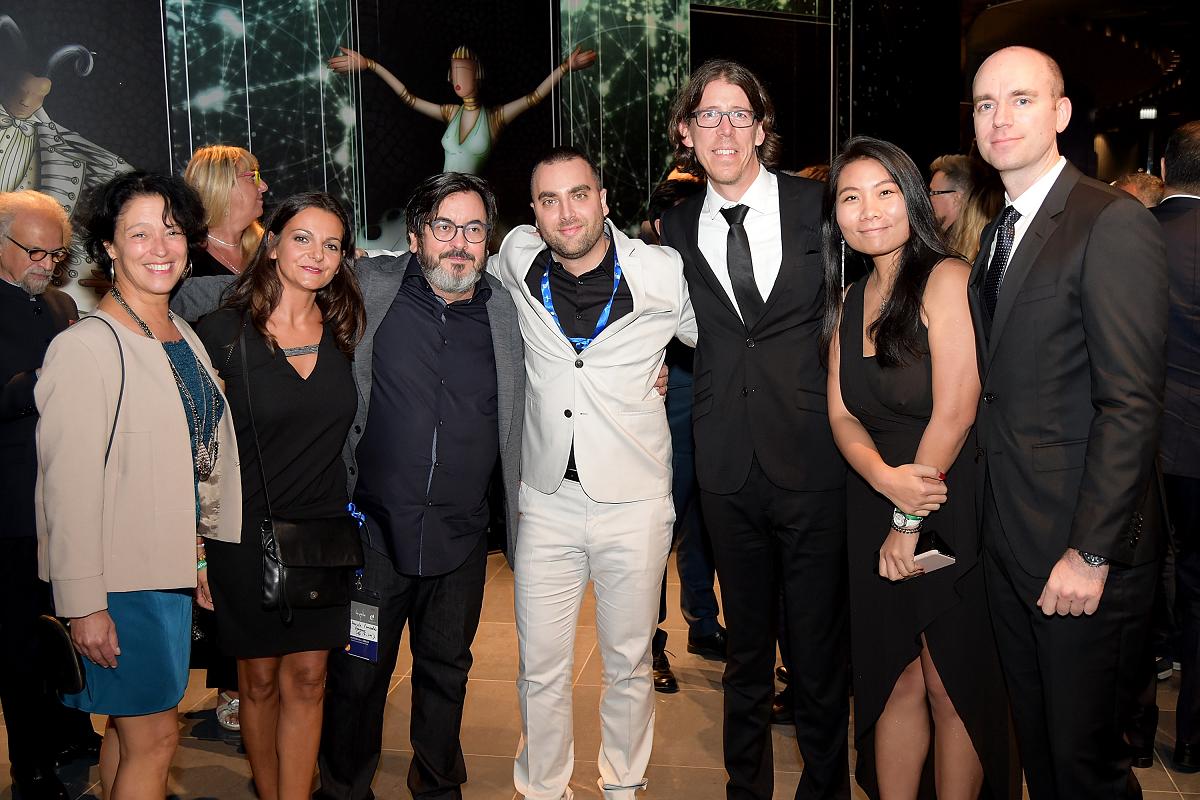 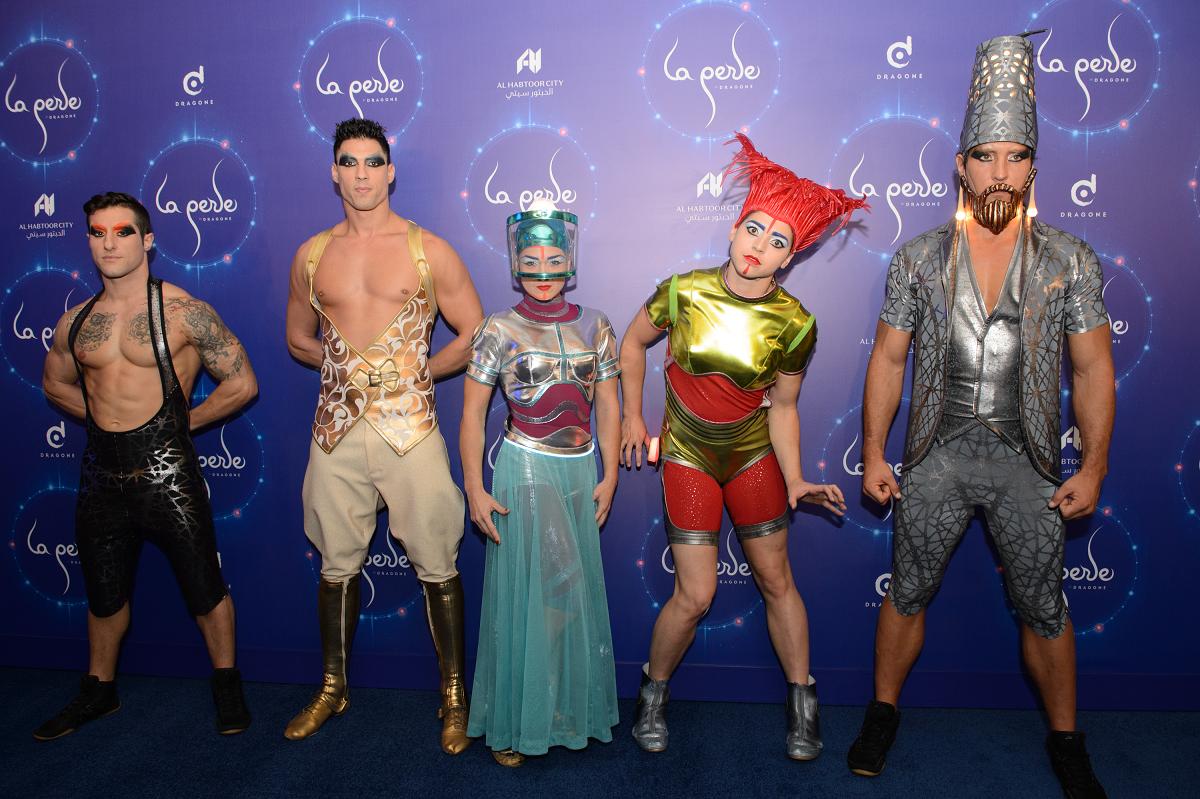 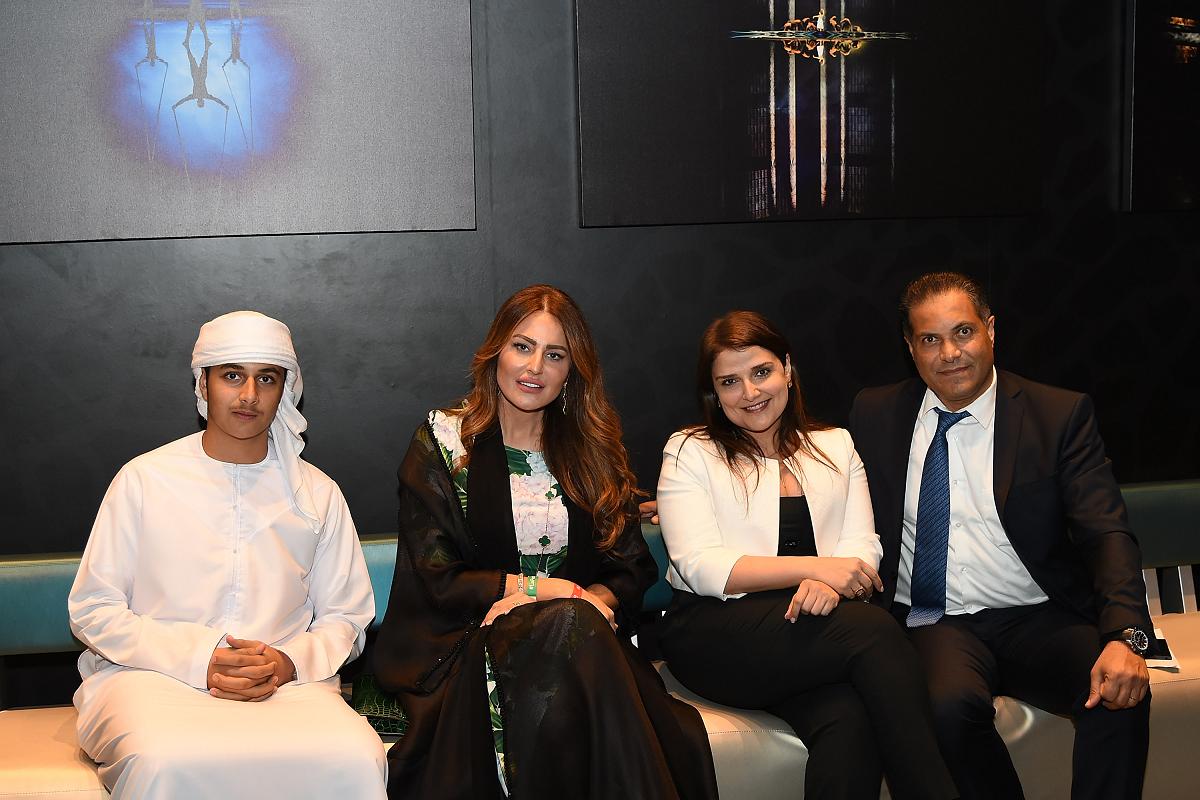 Earlier, the glamorous event commenced with the arrival of A-list guests and regional high-profile figures as they walked on La Perle’s signature blue carpet. Then, guests were treated to an exquisite selection of canapés and drinks before they were escorted inside the theatre to watch an incredible 90-minute live performance that featured mind-blowing acrobatic and aerial stunts.

Before the spell-binding performance, the Founding Chairman of Al Habtoor Group, Khalaf Ahmad Al Habtoor – who brought the show to Dubai – gave an introductory speech.

Also he highlighted La Perle as an important step towards positioning Dubai as a global cultural and entertainment destination.

In conclusion, Khalaf Ahmad Al Habtoor commented: “We are delighted to bring permanent theatre to the United Arab Emirates. La Perle has secured Dubai’s position as a world-class entertainment hub.”

Franco Dragone, Founder and Artistic Director of the show production and creation company, Dragone and Director of La Perle said: “I want to provide a little piece of eternity for the region, a place of escape that any culture and ethnicity can understand and enjoy”. He added, “I was so inspired by Dubai and it is an honor to introduce that vision to the world.”

Visually stunning spectacle in, on and above water

The show is a ground-breaking fusion of breathtaking artistic performance including awe-inspiring aquatic and aerial feats, creative imagery and cutting-edge technology. In addition, La Perle is a visually stunning spectacle in, on and above water. Therefore it encapsulates the spirit of Dubai and pays homage to the region’s rich history, present and future.

After the show the festivities continued in an exclusive after-party at BOA Lounge & Club inside W Dubai – Al Habtoor City where the 65 performing artists, from around the world, celebrated with the attendees.

For all group and MICE bookings or for general sales inquiries please contact sales@laperle.com

La Perle is a new show produced by cultural creative company Dragone. And it is directed by the legendary artistic director Franco Dragone and brought to Dubai by the Al Habtoor Group. Being the first permanent show in the region, La Perle is a breathtaking fusion of artistic performance, creative imagery and ground-breaking technology. Hence, La Perle defines the future of global live entertainment, taking place in a tailor-made aqua theatre in the heart of Al Habtoor City.

Artistic Director, Franco Dragone, founded the cultural creation company, Dragone, in 2000 in La Louvière, Belgium. Consequently, today as one of the world’s most sought-after artistic directors, he is famous for having invented a new genre in the 1980’s and 90’s.

From super-sized-shows in tailor-made theatres to operas in some of the world’s most historical buildings, Dragone’s unique creative approach carefully fuses the world’s human talents, artistic disciplines and technical innovations to serve local cultures and tell their stories.

Among its most significant shows of the past decade: Celine Dion a New Day; Le Rêve (Las Vegas); The House of Dancing Water (Macau); Aida (Naples); The Han Show (Wuhan, China); The Dai Show (Xishuangbanna, China); Philipp Kirkorov – Me (Russia).

Water has become a key component of Dragone’s artistic DNA. Therefore, the company is now the world’s leading designer of aquatic theatres and shows.

Furthermore, the company creates, produces and operates shows and special events around the world. Hence, its five creative centres of excellence — Casting, Illustration & Video, Costumes, Architecture & Design, and Talents & Trends — push the boundaries of performing arts and of the spectator experience with every new creation.

Further information on Dragone is available on www.dragone.com

Further information the Al Habtoor City is available on www.alhabtoorcity.com

Al Habtoor Group (AHG) LLC, has its headquarters in the United Arab Emirates (UAE). Furthermore, it is one of the region’s largest and most respected conglomerates. Founded in 1970 by Khalaf Ahmad Al Habtoor, the Group has grown in unison with the UAE.

Moreover, today it has a diverse portfolio of successful businesses. And these operate in key sectors of the economy (hospitality, automotive, real estate, education and publishing). Finally, the AHG has an unwavering commitment to excellence, which is apparent throughout all its units.

Further information on the Al Habtoor Group is available on www.habtoor.com

Vilebrequin Zen turns up the heat in Dubai

The new Spring / Summer Vilebrequin Zen collection turned up the heat once more and made everyone drift away into the legendary Saint-Tropez fever and its sun-kissed lifestyle! Imagine, just […]

Chloé Nomade; your vision of freedom

A world of encounters The Chloé Nomade woman carries with her a freedom and an immutable, natural elegance. Confident, inspiring, she flourishes through her experiences and encounters, asserting who she […]

Located only 30-minutes away from the buzz of downtown Dubai, Ajman Hotel presents the unique Sabella’s Mediterranean Brunch at its Organic Italian Restaurant; the food variety will require you arrive […]